The Government recently published its paper on Biodiversity Offsetting, a scheme whereby damage caused by development can be offset by creation or improvement of habitat elsewhere.  On the face of it, this seems very reasonable.  You build a supermarket on a meadow, and make another meadow elsewhere.  Simples!

The problem is that habitats are not simple things, and this simple scheme is fraught with hazards for our wonderful wildlife.  Look closely at the document and you will see not all is well with this proposal, which proceeds on the premise that a small amount of high distinctiveness (i.e. high quality) habitat can be replaced by a large amount of poorer distinctiveness habitat, that this can be done in an area remote from the community of people and wildlife affected by the development, that developers can in effect choose the type and location of “offsetting” that they provide, that habitats are assessed on their current, rather than potential value (laying them open to the risk of wilful neglect to reduce their value and offsetting costs), and that the distinctiveness and condition of a habitat can be assessed in 20 minutes.  It also supposes that the habitat created can be colonised by the displaced ecosystem, which does not take account of distances, ecological networks, the place of the ecosystem in the landscape and most important of all, the timescale over which such colonisation could take place.

Let’s look at these in more detail.

Ecosystems are complicated.  Even a very simple garden, brownfield site or arable site is a complex ecosystem, with archaea, bacteria, fungi, bryophytes, plants, insects, invertebrates, amphibians, reptiles, mammals and birds co-existing in an intricate network of food, prey and predators.  The higher the value (or distinctiveness, as it is called in the document) of the habitat, the more complex and rich the ecosystem is.  Many habitats are irreplaceable, having developed over many centuries into the rich ecological web that we see:  ancient woodlands, limestone pavements, lowland heath, wildflower meadows (particularly unimproved or semi-improved), ancient hedgerows and hedge-banks are examples of this.  The idea that you can simply assign a ratio of valuableness to habitats, and then replace something that is irreplaceable by a bit more of a lower value habitat is really very absurd.  Irreplaceable means just that…you cannot just dig it up and put it somewhere else.  Of course it is possible to develop new wildlife habitat, but you cannot develop new ancient woodland or lowland heath on a site where it has not existed before.  It doesn’t work that way.  As we have said before, it is like trying to replace the crown jewels with a skip-load of cheap costume jewellery.  These ancient habitats are our crown jewels and cannot be replaced.

In my view these high-value, irreplaceable habitats should be afforded a higher level of legal protection, equal at least to SSSI:  Ancient woodland, limestone pavement, lowland heath, wildflower meadows (unimproved or semi-improved), ancient hedgerows and hedge-banks.  In addition, local Wildlife Trusts and conservation organisations need to be able to designate habitats on a more local level to the same standard if they are locally rare, locally irreplaceable or have particular local value.  Any development on such sites (other than small tool stores, small visitor or community centres, or small scale permaculture based crafts and industries) should be subject to a full planning enquiry.

Offsetting can take place anywhere, with any habitat

Another flawed idea is that the offset provided for any development can be anywhere, and even of a different type to the one destroyed or compromised.  This ignores two fundamental things:  first of all, the habitat that will be destroyed is where it is because it is suited to the local landscape and the ecological connections within it, and second, that a wildlife habitat only has ecological value, and does not have a value to the local human community that live nearby, and may derive great benefit from it.  Habitats that provide exposure to wildlife in the urban and suburban environments are particularly valuable to that community, even though they may not be particularly distinctive in what they contain, or of high ecological value.  Likewise, an ecosystem exists where it does because it fits in with the local landscape, soils, and ecological connections:  destroy it, or move it, and you will not get the same thing back.  Even worse, destroy it and replace it with something else in another location, and you risk losing not only the human social benefits of that habitat, but knocking a piece out of the local ecological jigsaw that will impact not only on that site, but on others around it too.  The idea that you can replace lowland meadows with upland forests, say, is just wrong – they are different habitats, in different places, and will be accessible to different people, and different communities of flora and fauna.

This proposal effectively allows developers to choose the type of habitat they provide, where they provide it, how they provide it, who they provide it for and at what cost.  It leaves the planning authority, the local ecologists and naturalists, and worse of all, the local community, with no say.  Developers will be able to choose cheap land, and cheap habitat creation (such as new woodland planting, planting of low-quality meadows, creation of low-value ponds) which may not be in a good area for the community, and not provide habitat that is a priority, nor support species that form part of local Biodiversity Action Plans.  It takes control of the process away from local planning authorities, and local people, and puts it in the hands of the developers, who will be seeking to maximise profit.  It does not seem to be a good way to ensure high quality, high priority habitat that is accessible to and wanted by the local people is created.

Habitats can be rapidly assessed on their current, not potential value

The document suggests that the distinctiveness (or value) of a habitat can be rapidly assessed in 20 minutes.  20 minutes to assess the complexity of centuries.  Even the most naïve ecologist would hesitate to think they could assess the value of a habitat in such a short time.  And who will do the assessment?  Will they be independent of both the local planning authority (who may be under pressure to agree developments to meet targets) and the developer (who wants as much habitat to be given a low a value as possible to reduce costs)?  And where is the requirement to consult both the Wildilfe Trusts (who will have Phase One survey data), the local Biological Records Office (which will have some, although not all, records of species sighted), and local naturalists and enthusiasts who may well be aware of important species on the site that cannot be uncovered in a single survey, taking minutes, and undertaken during a single season?

There is an additional worry here:  developers could buy up and then sit on land, allowing it to deteriorate through neglect or even wilful damage.  This would reduce its value and distinctiveness and allow it to be offset more cheaply.  Land needs to be assessed according to its potential value, not its current value to avoid this happening.  For example, they could neglect a coppice for 20 years until the important species move on, thus lowering its habitat value and distinctiveness and allowing for cheaper offsetting.  Assessment of potential value is the only way to prevent this.

Can an ecosystem just move?  This is not going to be likely unless the habitat is of low distinctiveness, and the creatures within it are mobile, and it is provided close to the land being destroyed.  Ancient woodland, for example, colonises new adjacent woodland very slowly.  Obviously, habitat creation is possible, and can be very successful, provided it is done well, managed well, and appropriately placed. It can be more successful if adjacent to an existing high quality site, or when it caters for very mobile species, such as some birds or butterflies.  But this is not what is being proposed.  Move a habitat even a small distance and the conditions may be very different.  Some species, although seeming to be mobile, may actually move a very short distance – house sparrows are an example.  Some species may move in very quickly, but others may move slowly, or not at all.  If they can’t move in an appropriate time-frame or distance, then unless alternative habitat is available locally, they are likely to become locally extinct.  Build it and they will come?  Yes, but not all of them, and not necessarily straight away.  Our own woods have habitat for purple emperor butterflies, but they are not there.

The timescale is important – if a new habitat takes years to develop, where are the displaced plants and animals to go?  And how long is the offset agreement going to last?  If it is a short duration (and some existing agreements are), then the habitat may actually only just be getting to a stage where it can host a rich ecosystem when the agreement ends.  And of course the land can be vulnerable to development, or neglect.

An offsetting market is the way to deliver this programme

Markets tend to favour the large provider, who can provide large areas of habitat at a low cost.  Is this really the best way to manage valuable habitats?  Landscape-scale conservation relies on an ecological patchwork or networks, not huge swathes of monotonous habitat.  Small and local patches of wild land, managed to enhance diversity and promote access for people and wildlife, will produce not only the diversity of habitats that are needed, but also the networks that wildlife requires to move around, colonise new areas and be resilient to threats such as fire, disease and pests.  Managing small areas of land is more difficult, more costly, and more time-consuming – hardly something the market is likely to favour.  Of course there could be genuine partnerships that deliver high quality objectives, but that is not usually the way in which markets operate – they tend to high volume and low cost.

Any system that is put in place must have the following characteristics:

Will this make development uneconomic for developers?  In some places, yes, but this is a flawed economic model to begin with.  If nature is properly valued, then some developments will indeed be uneconomic.  However some will not be, particularly if the developer and the local community can work together.  Biodiversity offsetting has deep flaws, and betrays a lack of ecological understanding.  Worst of all, it ignores the value of habitat to the local community of wildlife, and people. 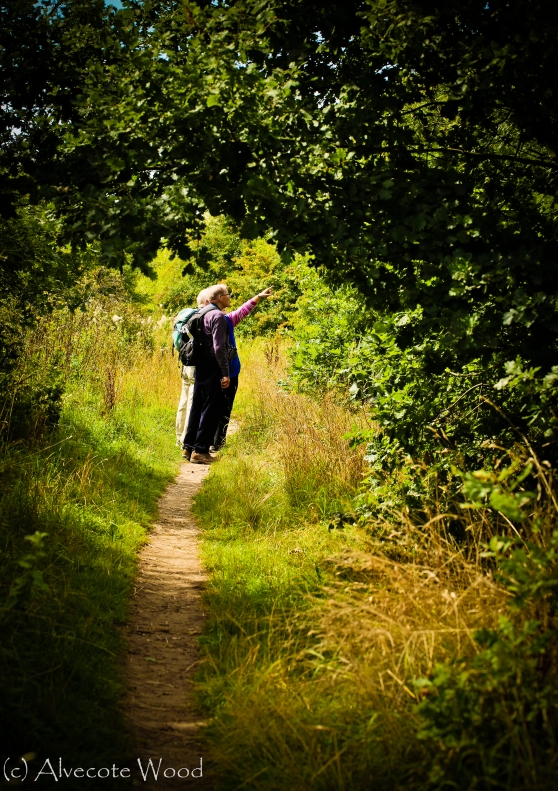 6 thoughts on “Irreplaceable means just that…”