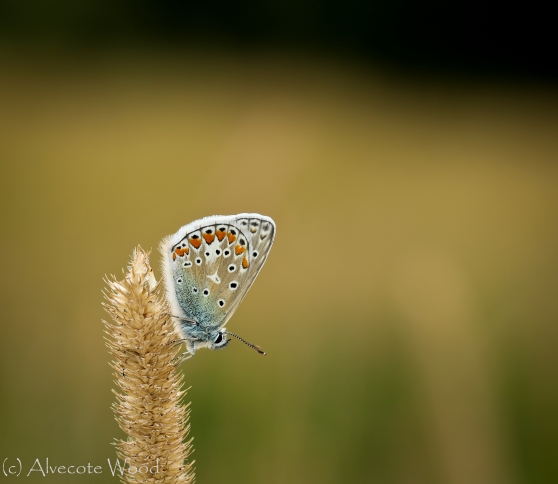 This weekend, the insects have been out again in great numbers.  Interestingly, both the butterflies and the dragonflies have taken to perching high up in the grass, or on available posts, canes, sticks and tables and seem to be on display.  Common blue butterflies are often difficult to photograph because they sit so low in the grass, or on low plants such as birdsfoot trefoil, and by the time you have got down there to get a decent view they have long-since flown away (at least if your knees are as bad as mine).

But this weekend they have been shining like lovely little jewels at the top of the stems of grass.  Choosing a sheltered part of the meadow, but with plenty of scope for their pheromones to blow downwind to attract the females, the males have been sitting, rubbing their wings, at the convenient (for photographers) height of about 2-3 feet.  Getting decent shots has not been terribly easy because of the breezy conditions, but there were just a few occasions when the light was perfect, and I managed to capture some more of these little jewel-like creatures.

We have also had a great display by the common darters, usually males but a few females.  These dragonflies like to perch at the top of something, and they are making full use of the bamboo canes we put into the ground to support self-seeded oak and birch trees around the margins of Betty’s Wood.  Not the most picturesque background, but for the most part they are quiet, using their wings like a veil, sitting and waiting, each claiming the territory around their own perch. 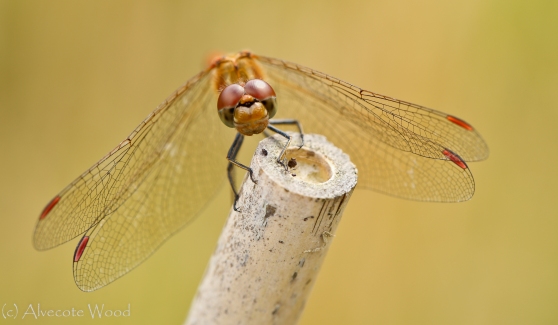 Finally, a few sightings of the emerald damselfly, which seemed to be totally missing last year, but are present in numbers again this year.  We also spotted some new-generation brimstones feeding around our ponds on the purple loosestrife.  We hope the numbers will swell in future thanks to the alder buckthorn we have planted for their caterpillars.  The spectacular small copper butterfly has also made an appearance, feeding on the thistles around the field margin.  These are such beautiful little butterflies, but also very fast-moving, however I managed to get a few snaps of one. 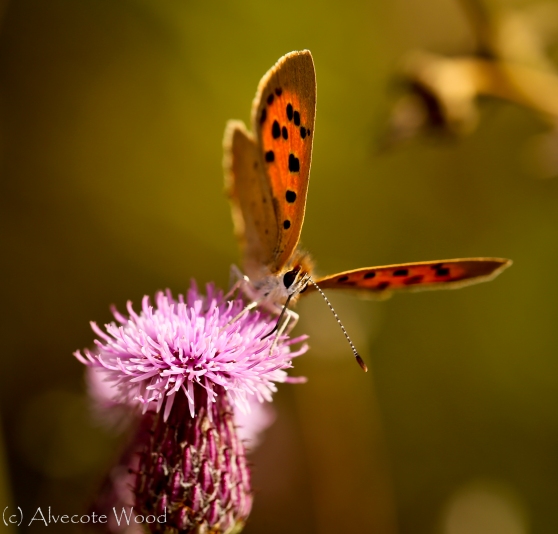 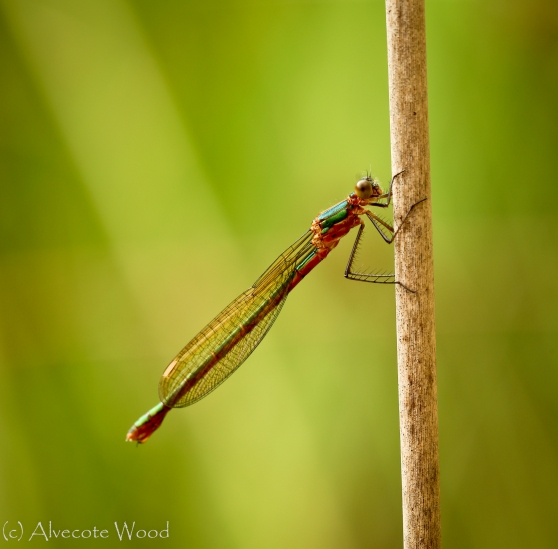 This year seems to have been brilliant for butterflies and dragonflies, and they are certainly on display at the moment.  They needed a good year after the last two have been so difficult for them.