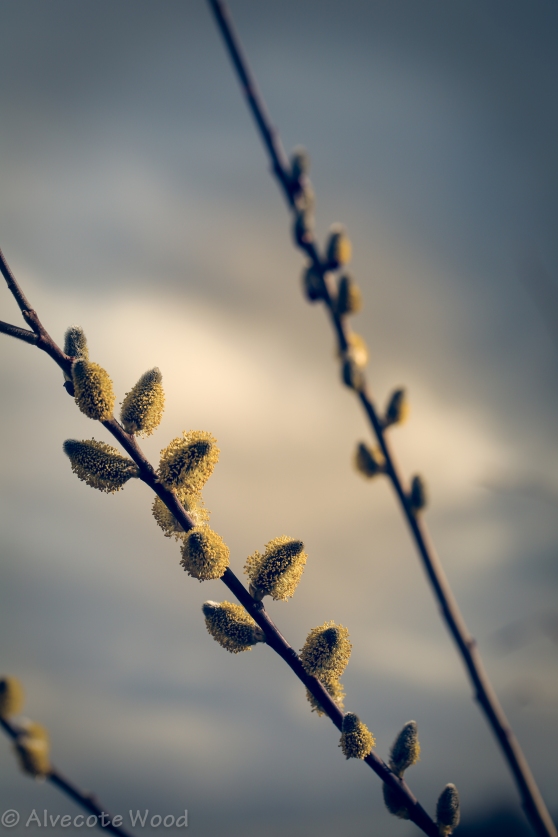 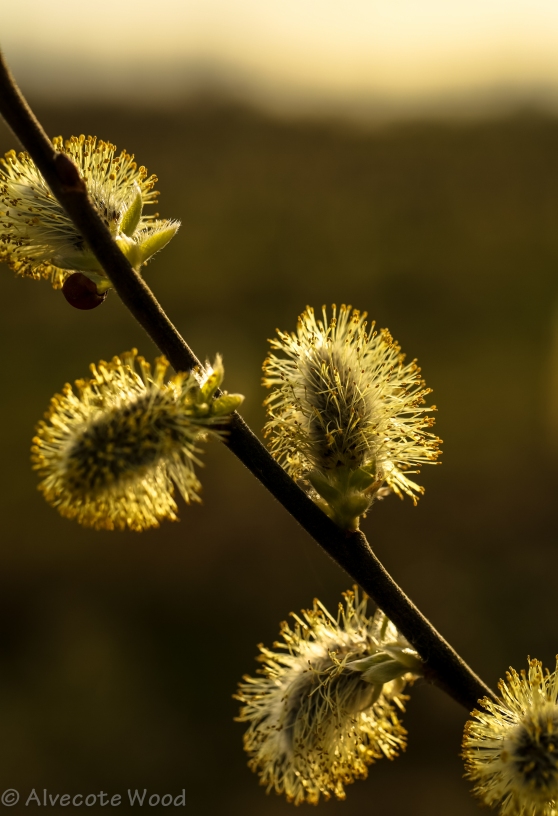 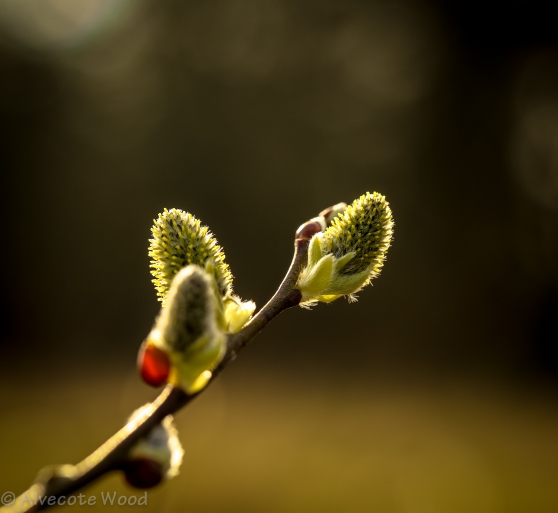 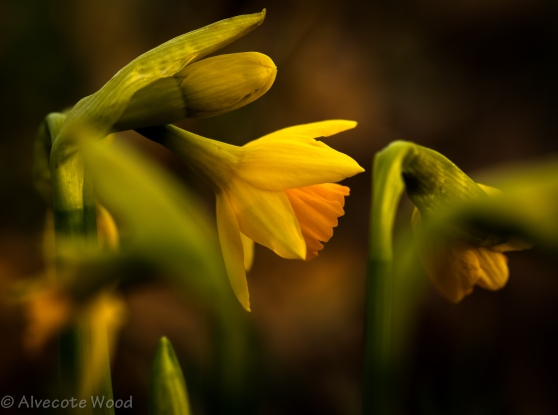 After a long and very wet winter, there are at last some signs of spring around the woods.  In particular, there are catkins.  Lots and lots of catkins – hazel, birch, alder and willow – and my hay fever tells me they are producing a lot of pollen.  This is wonderful for the honey bees and bumblebees that I see around the woods, waking up from their hibernation.

The wild daffodils have also started to come out, although the naturalised domestic daffs are a little behind their wild cousins.  The bluebells are also showing their shoots through the ground.

The little birds are singing their territorial songs:  dunnock, robin, wren, great tit and blue tit are in full song, as well as willow tit and yellowhammer, and the great spotted woodpecker is drumming away.  A pair of buzzards are calling as they circle over the woods.  The skylarks are up as well and that is truly a sound of summer.  And in our meadows, the grass is rising and the speedwell is in flower in places. 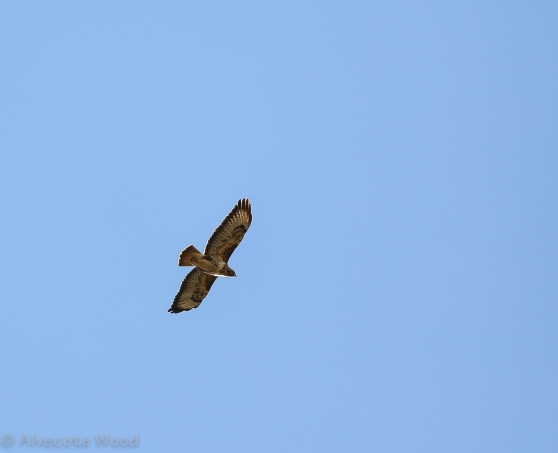 The light, too, is getting that lovely light and watery quality of spring as the sun creeps higher and higher, and sets later and later in the day.  The sunshine and showers weather is a big improvement over the wet winter storms. 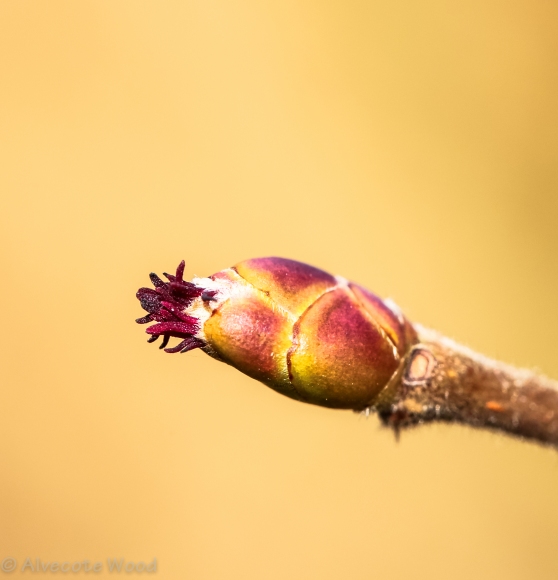 Spring is such an exciting time and always welcome, whether the winter has been cold and snowy or mild, wet and windy.  It represents a time when the winter work in the woods is finally done and we can sit back, enjoy the fruit of our labours, cease worrying about the dwindling supply of firewood logs and concentrate on the beauty, tranquility and peace of the woods again.  And maybe even turn our hands to a little bit of green woodworking again with the fresh supply of coppice wood…but that is a post for another day! The winter has been extremely mild with very little sign of frost, and because of this, we are getting very early signs of spring at the woods.  On today’s walk, with temperatures in double figures (about 10 Celsius), I saw a lot of evidence that an early spring is happening – worrying evidence, in that we could still have a harsh winter come upon us!  First of all, I found willow catkins Salix caprea starting to emerge on some of the young trees in Betty’s Wood.  Not yet generating pollen, but not far off, and there are similarly advanced catkins on alder and birch as well.

These daffodils near our entrance are emerging early too

Near the entrance to the woods we have a lot of naturalised daffodils and these are emerging rapidly too.  This is not the only clump – most of the daffodils are well advanced and looking good to flower early.

These hazel catkins are mature and releasing pollen

Finally, the hazel catkins, which have been around since December, are now mature and starting to shed pollen.  These are in the main woodland, but Betty’s Wood also has mature hazel catkins.  And I have hay fever already!

Last year spring was very late thanks to the harsh winter, this year it is very early.  There are other signs of spring all around – leaf buds looking ready to burst on our cherry and rowan trees, great-spotted woodpeckers drumming, great tits and blue tits singing their territorial songs.  We haven’t had enough frost to kill off the brambles, which have continued to grow all winter – worrying for the bluebells that rely on the bramble dying back in the frost to emerge into the light in spring.

But it is still winter, and the large flocks of fieldfare and smaller flocks of linnet and siskin are still feeding in our meadows and the adjoining fields.  Winter may still hit hard – last year it snowed in early May – so we will be interested to see how these early signs of spring develop.